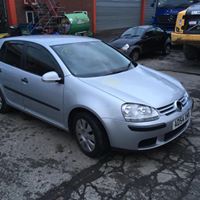 These are the most popular cars for scrapping

There’s no doubt that the growing popularity of car scrappage schemes In the UK has proved to be a hit with drivers on one website helping to reveal which makes and models drivers are scrapping.

With all 17 car manufacturers offering a scrappage scheme there’s a wide choice schemes available and drivers scrapping their vehicle looking for a discount on a new model.

But with so many offers from so many manufacturers, finding the right deal is more difficult which is why one car website unveiled a tool to help drivers.

The tool enables a car owner to find out how much they would get in cash for scrapping their car through a recognised scheme.

It’s not just a cash incentive that is attracting drivers to scrap their cars, there’s also growing fears about the environmental impact of diesel vehicles.

In addition, some diesel vehicles may have to pay more to travel into the centre of London, and potentially other cities as well, on top of any congestion charge.

The carmakers unveiled their scrappage schemes in a bid to help rid the UK’s roads of some of the more environmentally unfriendly cars.

The first carmaker out of the blocks with a scrappage scheme was Vauxhall in May with an offer for drivers to trade in their old vehicle and get a discount for a new model that was more eco-friendly.

So, while car manufacturers haven’t yet revealed how popular their scrappage schemes have been, the website tool reveals which models 17,000 drivers who have so far used the tool are looking to scrap.

For some, the surprising table-topper is the VW Golf.

However, Volkswagen cars accounted for 30% of all vehicles that drivers put through the scrappage scheme and this may be down to fears over the emissions scandal which saw the firm being accused of faking data.

Despite this, VW was not the most popular carmaker with Ford owners offloading their unwanted vehicle accounting for 33% of all drivers using the valuation tool.

The website’s top 10 of cars drivers are wanting to scrap saw the VW Golf in first place, followed by the Ford Focus and the Vauxhall Astra.

Ford also took fourth place with its Fiesta, the Vauxhall Corsa is fifth while the BMW 3 Series sneaks in at number six.

In seventh place is the VW Polo, at number eight is the Ford Mondeo followed by the Honda Civic and in 10th spot is the VW Passat.

If you are wanting to know how much your car or van is worth when scrapped, then speak with the experts at The Scrappers.