Tag: I want to sell my car Bury

Posts related to I want to sell my car Bury

Vehicles that have literally been left to rot for years! If cars could talk, they’d have some stories to tell. 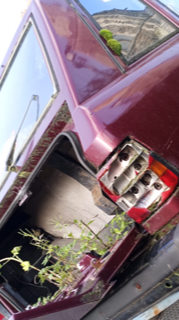 Some vehicles have been left for so long in fact that half of them have sprouted gardens or become habitats for wildlife like field mice.

Others have been left under trees and you should see what that does to the paintwork over time.

Take this old Taxi cab for example pictured below… it’s been under some shrubbery for a while. As a result this cab has been exposed to sooty mould – which is actually green fly poop!

During the warmer months, bugs like green flies can leave a very sticky residue on the paintwork of a car and it can be a bugger to shift!