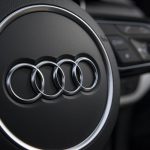 Hot on the heels of yesterday’s article about UK car scrappage schemes being extended, two major players have also announced they are extending their schemes.

The first sees Audi announcing its scrappage incentive will run until March 31 and could see a financial contribution being made of between £2,000 and £8,000, depending on the model being bought.

Those are excellent financial incentives and the offer is being made for any pre-2010 diesel model to exchange for an Audi EU6-compliant diesel, petrol or hybrid vehicle.

The UK’s car scrappage schemes have proved to be very successful with some, particularly BMW, referring to their schemes as a ‘lower emissions allowance’.